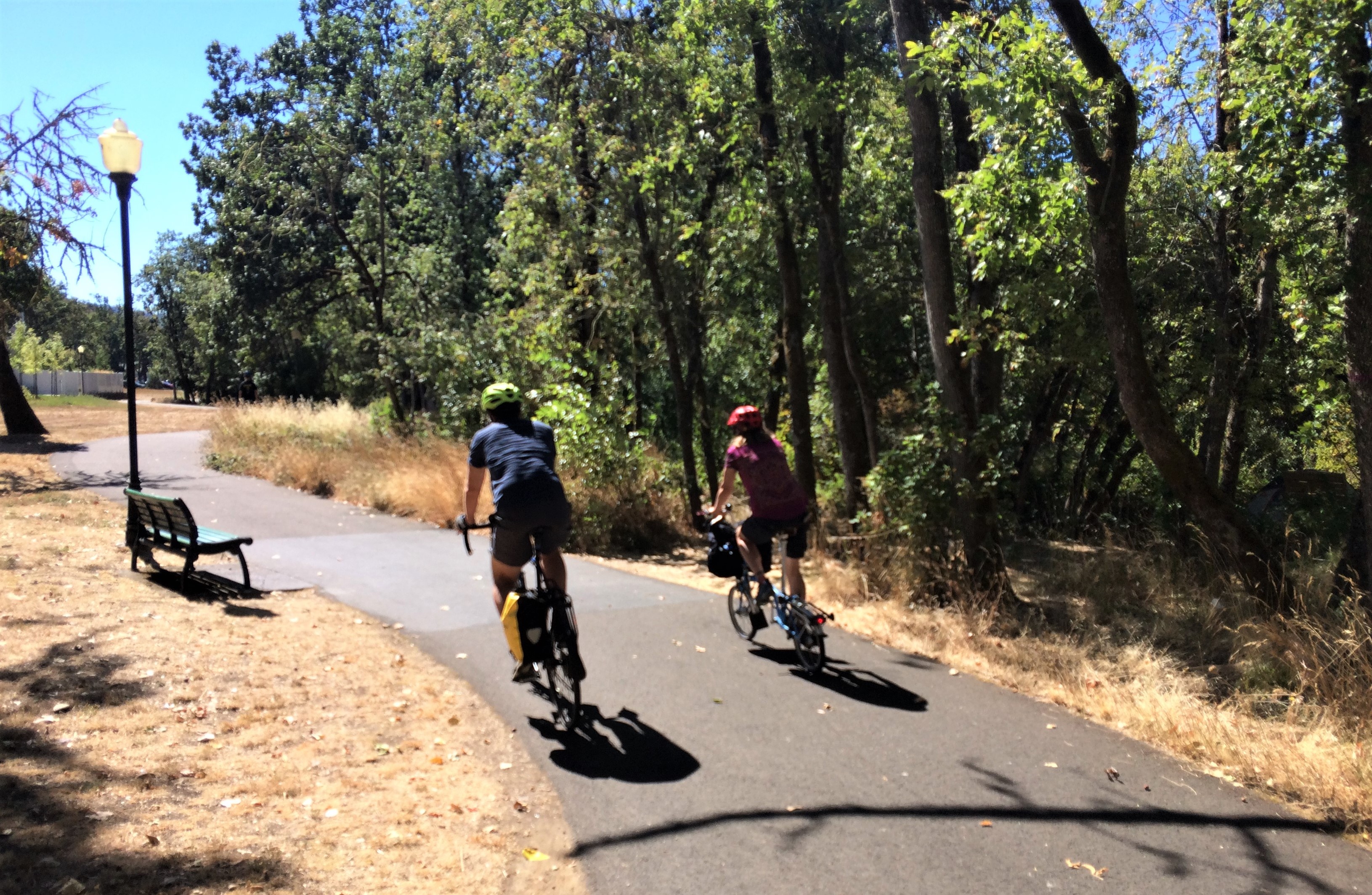 ROSEBURG, OR – The Roseburg Community Development Department has begun an effort to expand Roseburg’s bike route system in a plan that may one day allow residents to get anywhere in the city by bicycle – and to treasure the under-utilized Umpqua River Trail that will be the system’s backbone.

Work has only recently begun on a new Bike Routes Plan after the City got the go-ahead from the Oregon Department of Transportation and Oregon Department of Land Conservation and Development. But the effort is expected to lead to increased public infrastructure for biking and even a digital, printable map that should help boost connectivity between the 5-mile, multiuse Umpqua River Trail and most other points in the city.

In September 2020, ODOT notified the City that Roseburg was eligible for a roughly $120,000 Transportation Growth Management planning grant, which can be used to help local jurisdictions increase opportunities for walking, bicycling and transit as well as plan streets and land use that will lead to more livable, sustainable and economically vital communities.

The Community Development Department staff just learned in July that ODOT was giving them the go-ahead to proceed with the grant-funded project and entered into a joint contract with ODOT and a Seattle engineering, planning and environmental sciences consultant, Parametrix.

The consultant has begun the process of mapping existing bike routes and other work in an effort to produce a plan for establishing additional routes and developing other bicycle-related public infrastructure, Cowie said.

The Bike Routes Plan being worked on by the consultant must identify ways to increase bicycle trips in Roseburg by establishing and mapping designated bike routes throughout the city, and supplementing existing routes with mapping, route signage and thermoplastic signage, a type of highly reflective road-marking that could consist of a bicycle symbol stencil paired with a sharrow, or shared-lane pavement marking.

A digital, printable map could allow people to figure out how to get from point A to point B using the least-busy streets that would make for safer, more comfortable rides, Cowie explained.

The Bike Routes Plan could include other options to increase bicycle use such as more bike lanes, wider sidewalks, pathways along roads and even separated bike lanes.

“People who work here in the City live here in the city. We use the multiuse path. We ride our bikes in the streets. So we saw the need,” he added.

A local Blue Zones Project group also has been instrumental by encouraging the development of more opportunities for exercise and healthy activity.

Meanwhile, ODOT has been encouraging cities to improve bike routes and the Oregon Land Conservation and Development Commission is currently updating the state’s transportation planning rules to be more climate-friendly by emphasizing development of networks for bikes, pedestrians and transit.

Currently, there’s a lack of connection between the Umpqua River Trail and bike lanes, neighborhoods, schools, parks and commercial areas including downtown – and that lack of connectivity can discourage people who might otherwise be interested from choosing bicycling more often as a mode of transportation.

“We want to be able to promote other means of transportation – specifically, bicycling. Two reasons: It’s good for you. And it decreases the number of vehicles on the roads,” Cowie said.

Developing the Bike Routes Plan will allow the Roseburg Public Works Department to apply for more financial grants to pay for stencils, signs and other ways to implement the plan – perhaps even more bike lanes, because the City would be unlikely to qualify for such grants without a specific plan, Cowie noted.

The plan is expected to be completed in a year and a half from July. While the City may not be able to immediately implement the most costly and ambitious options, the plan should detail smaller improvements that could be made soon and could lead the City to bigger improvements down the road.