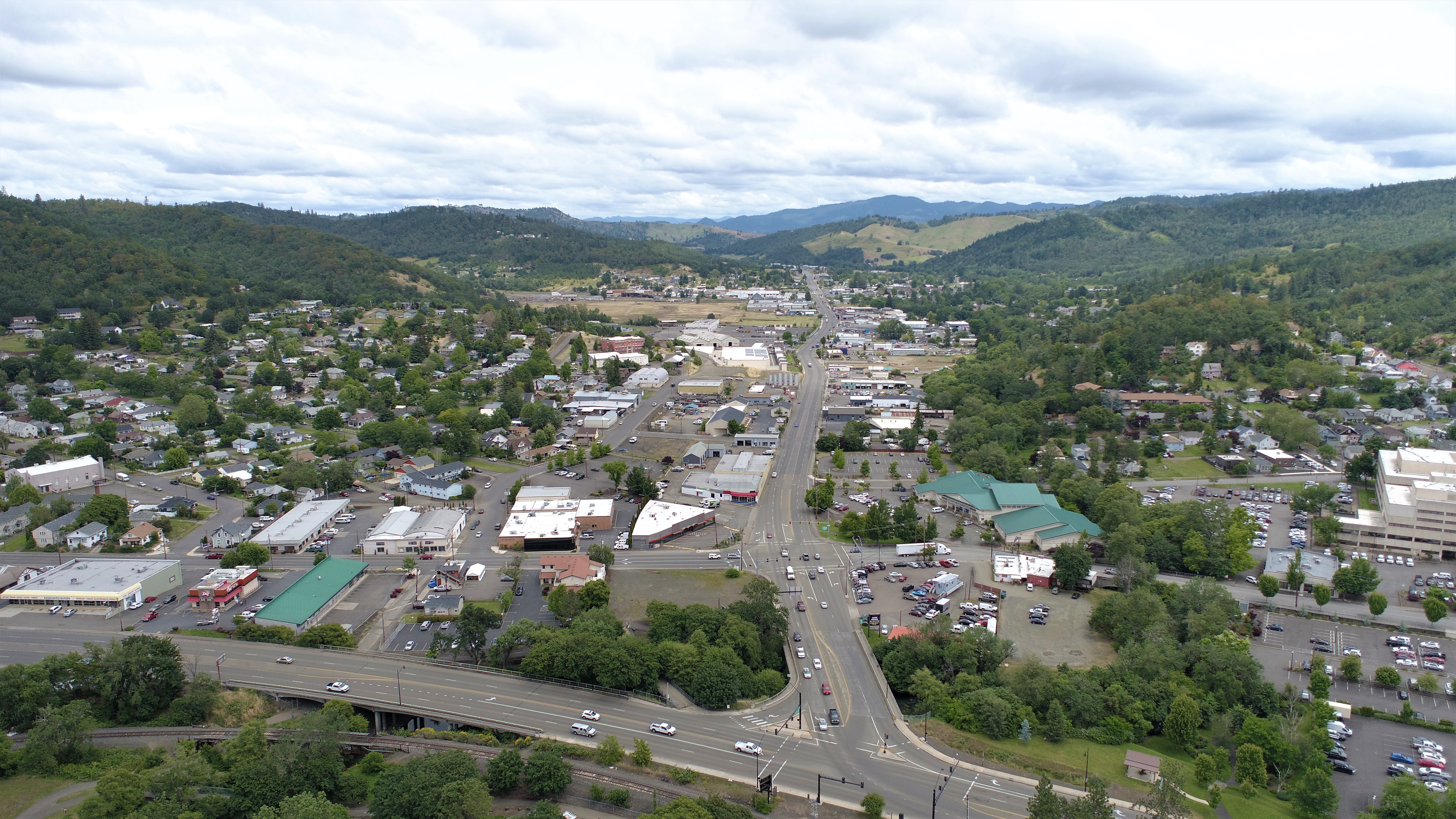 ROSEBURG, Ore. – Work on a design plan to guide future growth and improvements on Diamond Lake Boulevard/ Oregon Route 138 East is underway in Roseburg after the City recently kicked off a joint project with the state and a consultant.

The project’s goal is to create a design plan for the development of a roughly 3.5-mile stretch of the state highway that has long served as a gateway to Crater Lake National Park, Diamond Lake, the Umpqua National Forest and the North Umpqua River, and that was once heavily used by logging trucks traveling to sawmills that have nearly all shut down.

As the first real design plan for the rural highway, the project would develop a blueprint for the City and developers to follow as that section of Roseburg transforms from an underdeveloped rural and former industrial area to become more urbanized. The plan follows on the heels of the Diamond Lake Urban Renewal Plan adopted by the City in 2018 and the start of apartment complex construction on the eastern edge of town. The Oregon Department of Transportation will later put in roads, sidewalks and other infrastructure around those complexes.

“The state recognizes how the city is growing, so they’re seeing a need to create a design plan for the future growth of Diamond Lake Boulevard to be developed in concert with the Diamond Lake Urban Renewal Plan,” said Roseburg Associate Planner John Lazur.

Working with City input, the consultant will now spend the next 18 months developing the OR138E Design Concept Plan by tailoring a state design template for Roseburg. The project, which is expected to cost no more than $369,941, is funded by ODOT, which has jurisdiction over the state highway even within City limits, said Community Development Director Stu Cowie.

The OR138E Design Concept Plan will analyze the highway corridor and its connecting and parallel roadways from Stephens Street east to the city’s eastern urban growth boundary at Sunshine Road/Sunshine Park, and from Douglas Avenue on the south to Odell Avenue on the north. With a focus on safety and mobility improvements, the study will consider extending and connecting existing roads, building new roads, providing multi-modal improvements, and identifying and prioritizing safety improvements, said Cowie and Lazur.

The design plan would consider details such as street lane and sidewalk widths, shoulder dimensions, crosswalks, curbs, gutters and beautification through landscaping. Intersections also will be analyzed.

Multi-modal improvement design proposals could include public transit infrastructure, a multiuse path, widening sidewalks to be Americans with Disabilities Act-compliant or adding sidewalks where none exist so people who live on the eastern edge of town don’t always have to get downtown by driving. The goal is to provide more options for people to get to and from downtown as the number of people living in the Diamond Lake Boulevard corridor grows. Multi-modal improvements also could include enhancing multi-modal access and connections to other multi-use paths such as the Umpqua River Trail, which is the spine of Roseburg’s growing multi-use path system.

Some sections of Diamond Lake Boulevard don’t currently have sidewalks.

“It’s a safety concern. Most people aren’t going to want to walk next to a highway,” Lazur said.

The design plan could help facilitate future development by providing a guide for various developers and the City to follow that will meet ODOT requirements and match how ODOT wants the corridor to look in the future, Cowie said.

The City would like the design to brand the highway as a gateway to Crater Lake and nearby Diamond Lake, the North Umpqua River and Umpqua National Forest. City staff also would like to see beautification ideas to provide a buffer between development such as sidewalks or a multi-use path and the highway.

The OR138E Design Concept Plan also will sync up with the City’s 2020 Transportation System Plan, which envisions transportation system growth until 2040.

The Community Development Department and consultant Kittelson & Associates will plan future open houses and other outreach events to provide information about existing conditions, options to handle expected future growth and the costs tied to various options, as well as to determine what the community wants and supports.

For more information, contact the Community Development Department at CDD@cityofroseburg.org or 541-492-6750.