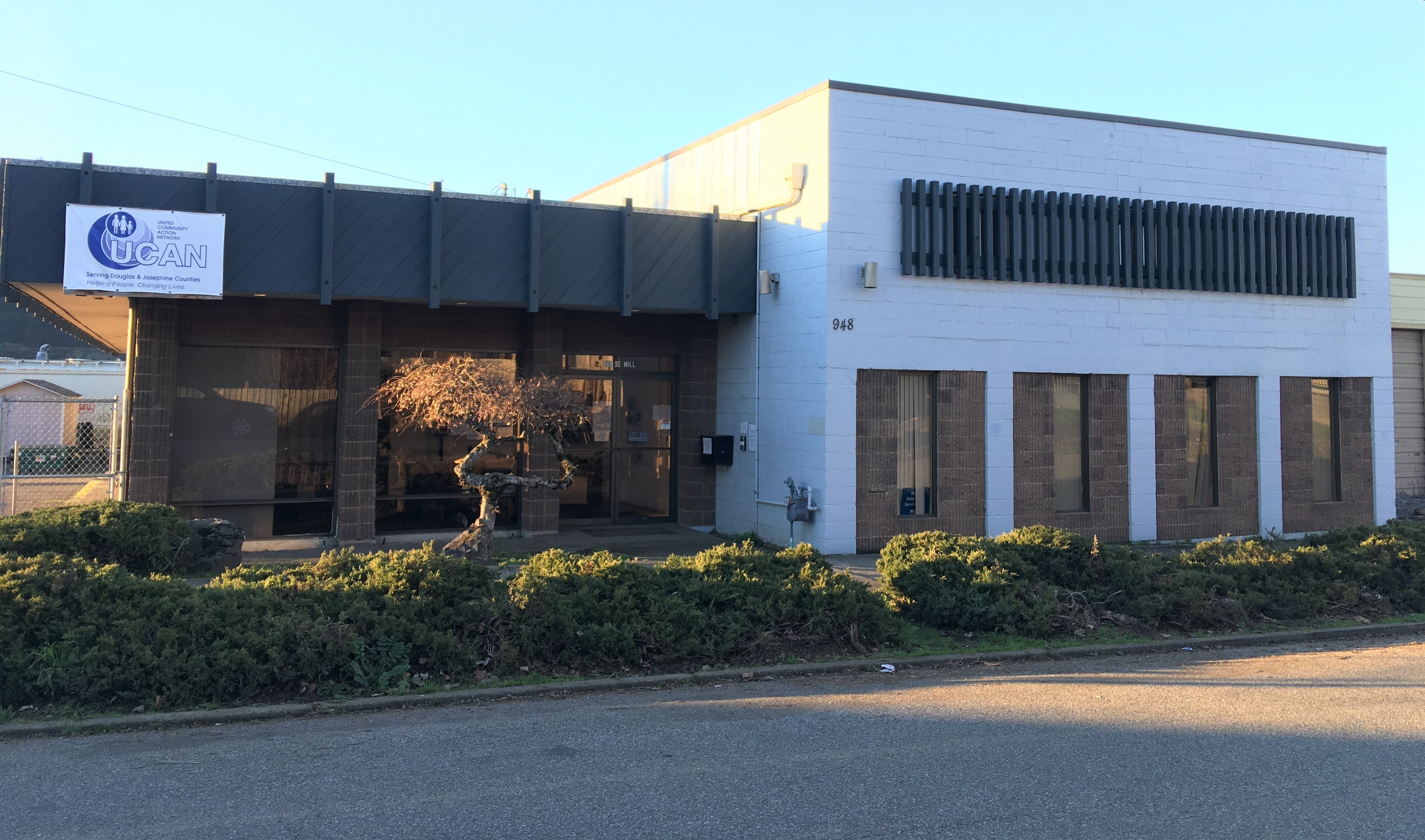 ROSEBURG – City officials want to join forces with a local poverty-fighting agency to open the City’s future emergency shelter and navigation center this summer and plan to take the matter to the Roseburg Homeless Commission next week.

On Friday, Feb. 25, Roseburg officials closed on the purchase of a 7,423-square-foot building that will be renovated and used as a shelter and navigation center with services for homeless women, men and families.

On Monday, Feb. 28, City staff will ask the Roseburg Homeless Commission to consider recommending the Council approve awarding the operator contract to United Community Action Network (UCAN) and exempting the contract from competition in the public contracting process. If the commission approves the recommendation, the Council would be expected to consider the same request in March and UCAN could begin preparation work as soon as May 1.

“The City is excited for the opportunity to have an established local nonprofit such as UCAN operate the navigation center,” said Assistant City Manager Amy Sowa. “UCAN has a strong record of providing services and compassion to those in our community in need, and we are grateful to them for being willing to take on this new service.”

Operating costs for the shelter and navigation center are estimated to be about $1.75 million for the first 14 months and $1.5 million for the second year. An operating agreement between the City and UCAN is expected to include the City’s commitment to reimburse UCAN’s actual, documented operating costs up to those amounts. UCAN may work with other partners to obtain more operational funding to help offset costs to the City. If awarded, the term of the initial contract could start as early as May 1 and end June 30, 2024, with options for extensions.

The City bought the building at 948 S.E. Mill St. for $270,000 from UCAN, which is selling the property for slightly less than the assessed value under the organization’s mission to help the homeless.

In April, the Oregon Legislature awarded the City a $1.5 million grant to help pay for capital or operational costs to establish an emergency shelter and navigation center by June 30, 2022. The city must return the funds if the center is not operating by that date. Since last summer, City Manager Nikki Messenger, Assistant City Manager Amy Sowa, Councilor Shelley Briggs Loosely and Mayor Larry Rich had considered 16 properties throughout Roseburg for that purpose.

In late July, the City issued a request for proposals to find a qualified organization that could run the shelter and navigation center with support services. No proposals were submitted by the Oct. 13 deadline.

City staff reached out to local and regional nonprofits and agencies in the search for an operator. Those organizations either were not qualified or did not have enough staff to take on that role, according to Assistant City Manager Amy Sowa.

Following discussions with his staff, UCAN Executive Director Shaun Pritchard contacted City officials to offer that UCAN oversee administration of the shelter and navigation center, while one or more partners would provide some or all of the wraparound services to center residents. UCAN, which is among about 1,000 community action agencies created to fight America’s War on Poverty, offers services to help Douglas County and Josephine County residents obtain and maintain stable housing, identify personal goals and develop plans to meet those goals.

If the operating agreement is approved to move forward and both parties sign a final agreement, the City and UCAN will provide opportunities for neighbors and other community members to ask questions, voice concerns and get more information about center operations.

The navigation center operator will provide or oversee a decent, safe, sanitary shelter for homeless women, men and families as well as case management services to help people become more self-sufficient and enable them to locate stable, sustainable housing so they can most quickly move out.