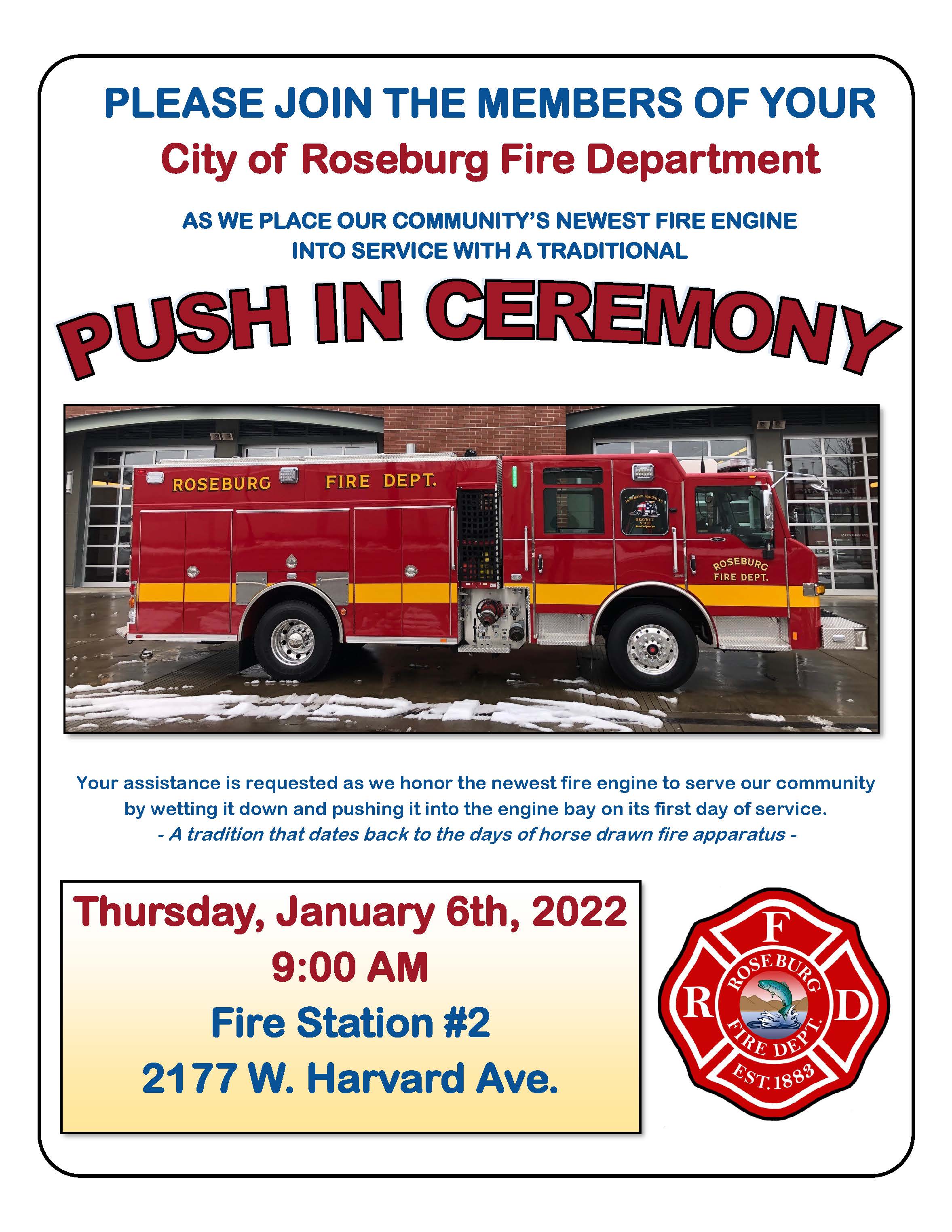 The new engine is a 2021 Pierce Impel 1500 gallon per minute pumper.  The state of the art pumper was designed and outfitted by City of Roseburg Fire Department Apparatus Committee members. The pumper was purchased through Hughes Fire Equipment and manufactured by Pierce Manufacturing in Appleton, Wisconsin. The new engine will replace a 1997 KME engine that served fifteen years as a first out fire engine and ten years as a reserve. 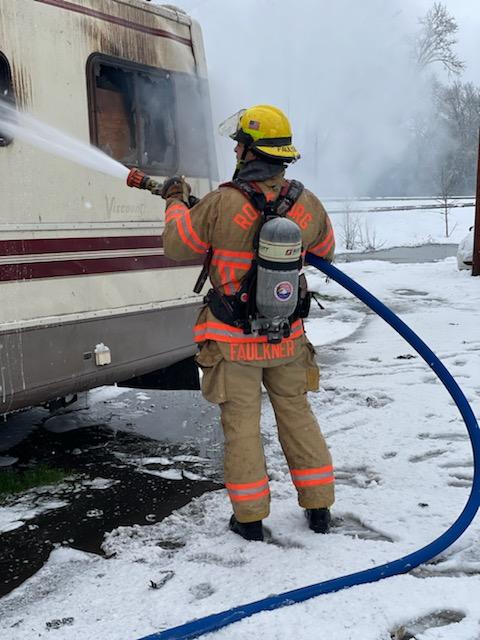 At 11:07 a.m. on December 26, 2021, Roseburg Fire Department personnel responded to a reported recreational vehicle on fire in the 1700 block of SE Mill Street.  The reporting party notified Douglas County Dispatch that a motorhome was on fire across from 1729 SE Mill Street.

Upon arrival on scene, firefighters found a fully involved motorhome on fire in the 1700 block of SE Mill Street with the occupant outside of the vehicle.  Firefighters quickly extinguished the fire and completed overhaul. The motorhome was a total loss due to fire, smoke, and water damage.  One adult resident was displaced.  The occupant of the vehicle sustained burn injuries and smoke inhalation but refused medical treatment and transport.

The fire was initiated by the vehicle occupant lighting a gas stove when a small fire flashed, then igniting some nearby papers. Nine firefighters assisted with firefighting operations.  Other agencies assisting with the fire included Douglas County Fire District #2, Umpqua Valley Ambulance, and Roseburg Police Department.

At 2:51 p.m. on December 22, 2021, Roseburg Fire Department was dispatched to a residential structure fire at 889 SE Chadwick Street.  Douglas County Dispatch received multiple calls of smoke and flames showing from the residence. Dispatch received notification of a possible resident still inside the home.

Firefighters arrived on scene to find a single family, two-story residence with heavy fire and smoke showing from the north side of the structure.  Firefighters conducted a primary search of the residence and found one unconscious female inside the residential structure.  The female was removed from the home and transported by ambulance to the hospital.

Firefighters then conducted a secondary search and made an interior attack to extinguish the fire, secured utilities, and completed overhaul.  Three adult residents were displaced due to the fire.  The American Red Cross was notified and is assisting the displaced residents.

The residence sustained extensive structural and water damage.  The home is no longer habitable.  Fire investigators were on scene and the cause of the fire is under investigation.